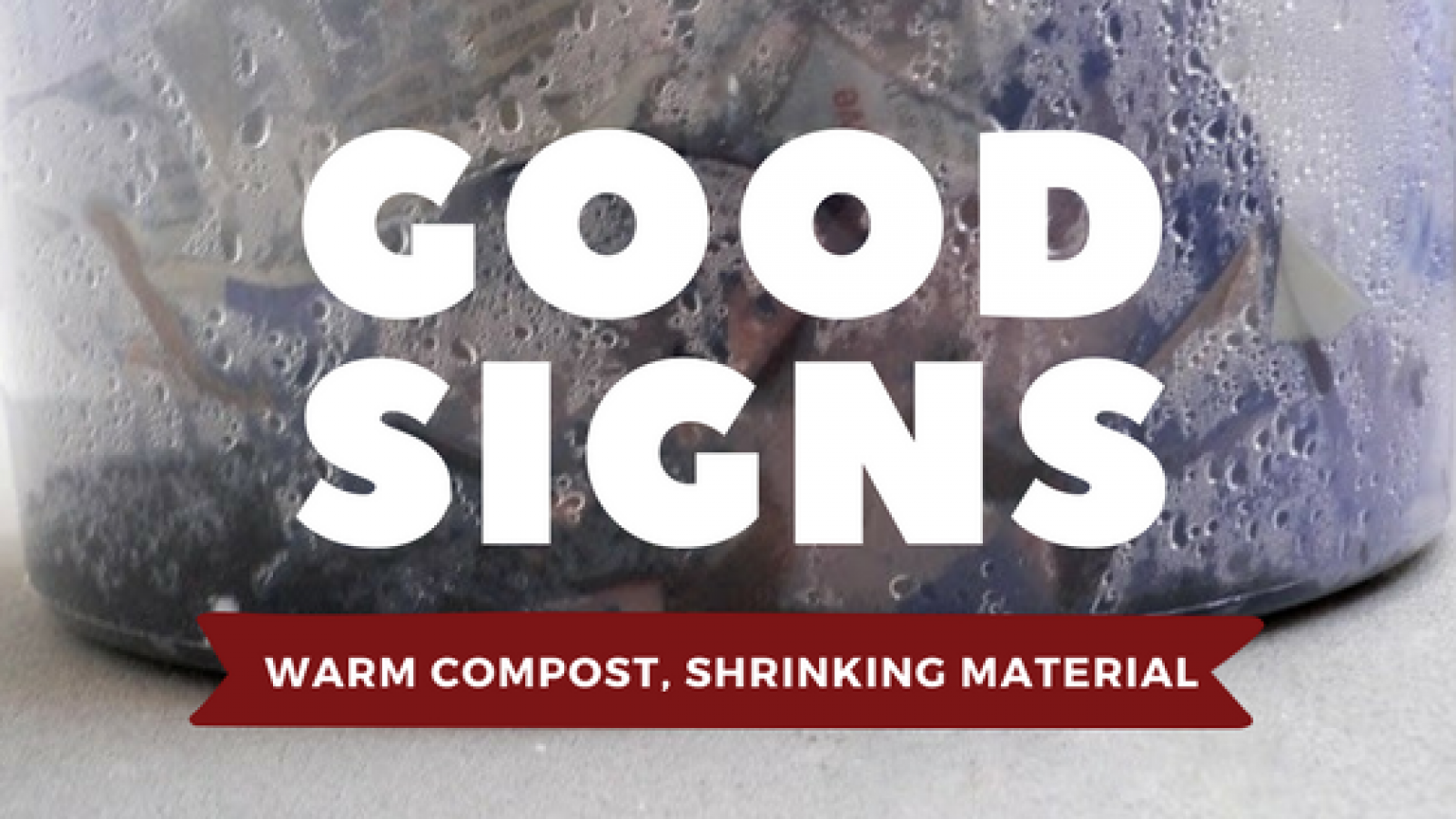 To date, we have made two compost bins and placed them at the doorstep of our HDB apartment. 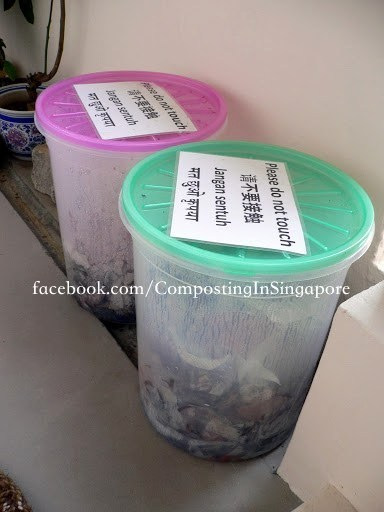 Our two compost bins outside our HDB apartment

Both bins were prepared in slightly different ways:

The pink bin has been showing signs of an active compost—when we put our hand close to the compost pile, we can feel lukewarm steam coming out of it. There is a very, very slight smell (not entirely unpleasant) when we take a close sniff. Otherwise, the smell is negligible. 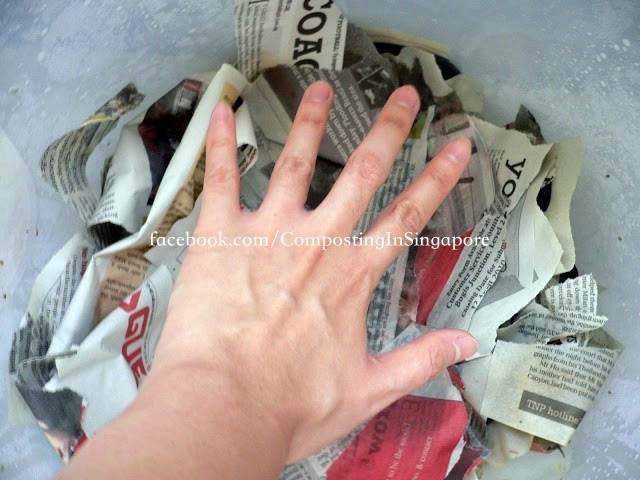 One way to check if the compost bin is active—if the pile emits warmth, it’s a good sign

The green bin, however, emits a very strong odor. This is likely due to insufficient oxygen, resulting in an anaerobic and smelly composting process. Lesson learned: Let your compost breathe by not keeping it airtight! The more air in your compost pile, the better.

So far, there are no noticeable bugs or pests around both bins. Both bins have also remained somewhat warm and steamy. You can even see water droplets condensing on the inner surfaces of the bins and sliding back down into the compost. 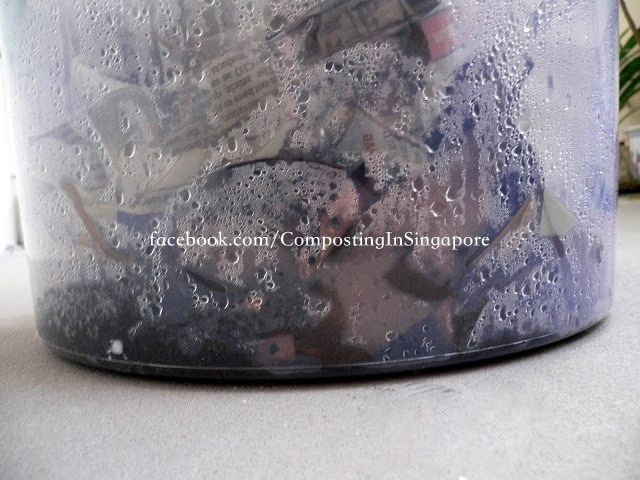 Condensed water droplets on the inside surface of the bin

Lastly, the material in both bins have shrunk significantly. For example, three weeks ago, the green bin was completely filled to the brim. Now, it appears only half-filled. The pink bin, on the other hand, was originally half-filled. But now its contents have reduced in size, filling only about one-third of the bin. 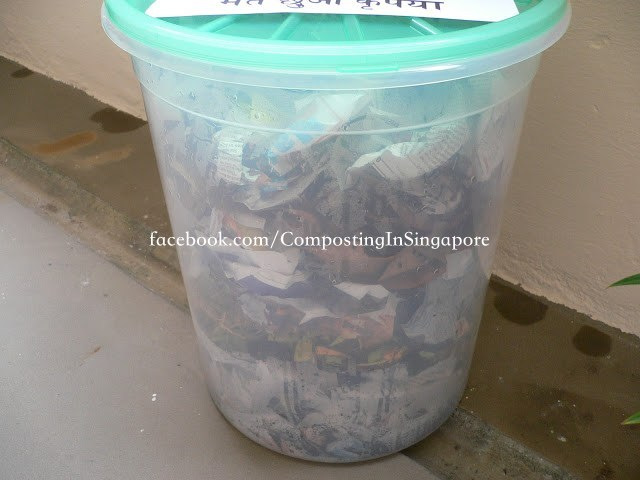 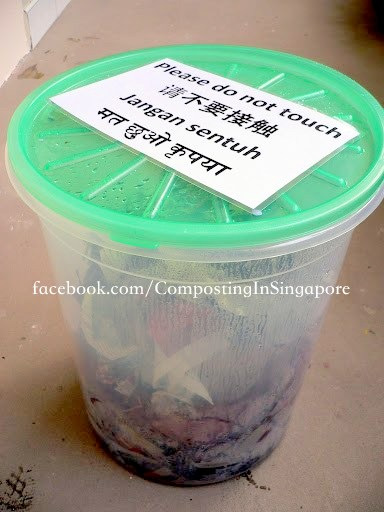 The height of the material in the green bin today

These observations are great signs of an active compost! For instance, a shrinking compost pile means the waste material is actively breaking down, thereby reducing in size and volume.

It has been an exciting process so far. Do check in for more updates! And hit us with a comment or feedback below, we’d love to hear from you.

To learn more about creating your own compost bin, click here.